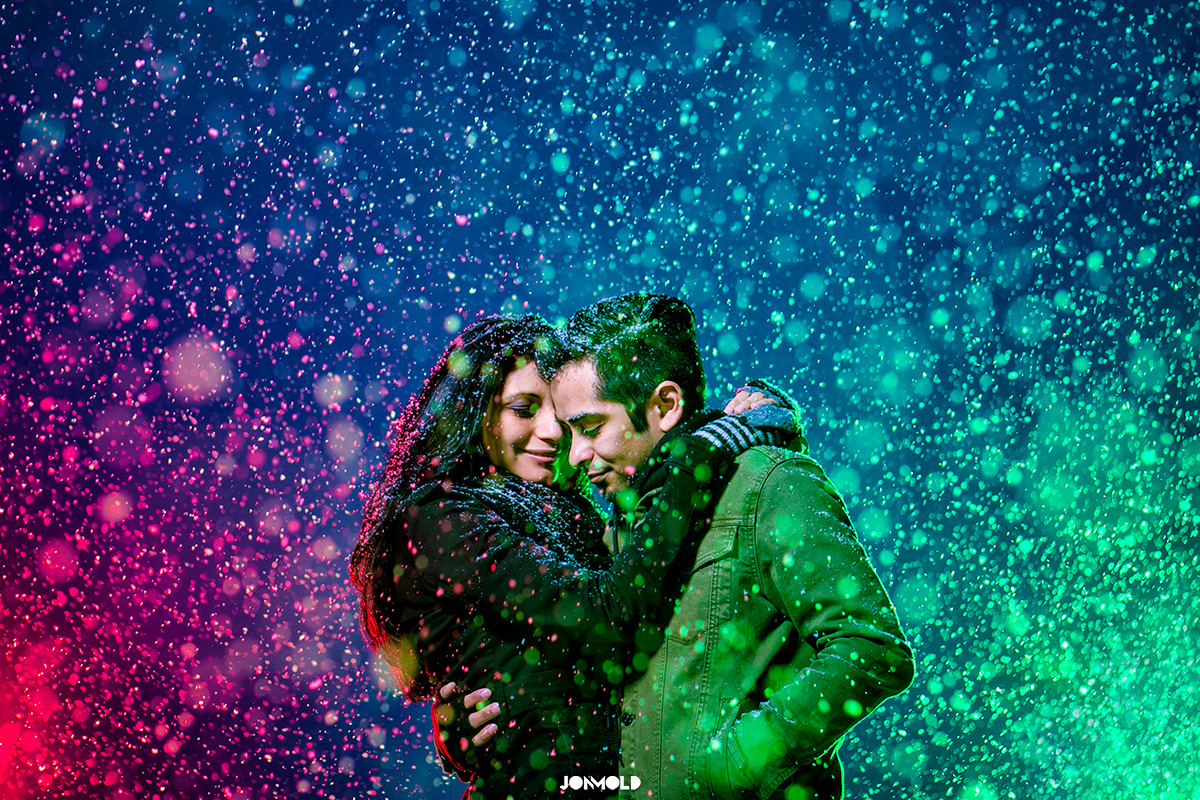 How I shot // The Snow Shot

Once in a while, if you’re lucky, as a photographer you capture a photo that stops you in your tracks and becomes a pivotal moment in your career.

Back in January of 2013, some good friends I met at a workshop the previous year in Memphis, Tennessee, all decided to go on an adventure. We thought waiting another 12 months to hang out was just too long. A list was quickly produced for a suitable place to house 40 photographers. It had to be cheap, easy to get too and quiet. Ok, it wasn’t easy for me to get to from the UK, some 36 hours of travel, but I was seriously outnumbered 40 to 1 that the location had to be in North America.

So a 20 bedroom beach house on the Outer Banks, North Carolina was found and rented, 25th January the date, it was ridiculously cheap as it was very much out of season. We even had a chef for the week and it still came to less than $200 a head including food!

It was so much fun. During the week I got to shoot a pre-wedding session for my good friends, Vero & Rafa. Their pre-wedding shoot lasted about an hour and when we had finished shortly after sunset, I thought we had some pretty good frames and they would be happy. But later that evening I I remember looking out the window when it as dark it had begun to snow, and it was dumping down.

I immediately thought about trying backlight snow, since Tony Hoffer’s backlit rain shot started a trend, but never seen one done with snow.

I used 3 flashes for this shoot. I wanted to rim light Vero & Rafa so 2 flashes were placed behind and to either side pointing back toward them. Vero & Rafa are Mexican, so I thought I’d break out my pre-production MagMods and use red and green gels to rim light them in their national colours. I then used the third flash with a small Lastolite Speedbox to light the couple overhead and to camera left.

On the veranda outside the beach house, there was already 3-4″ of snow, it was coming down thick and fast.  Around the raised deck was a balustrade and on top of that I placed the 2 gelled rim flashes, both set on the same power (1/32) and set about 12ft apart. 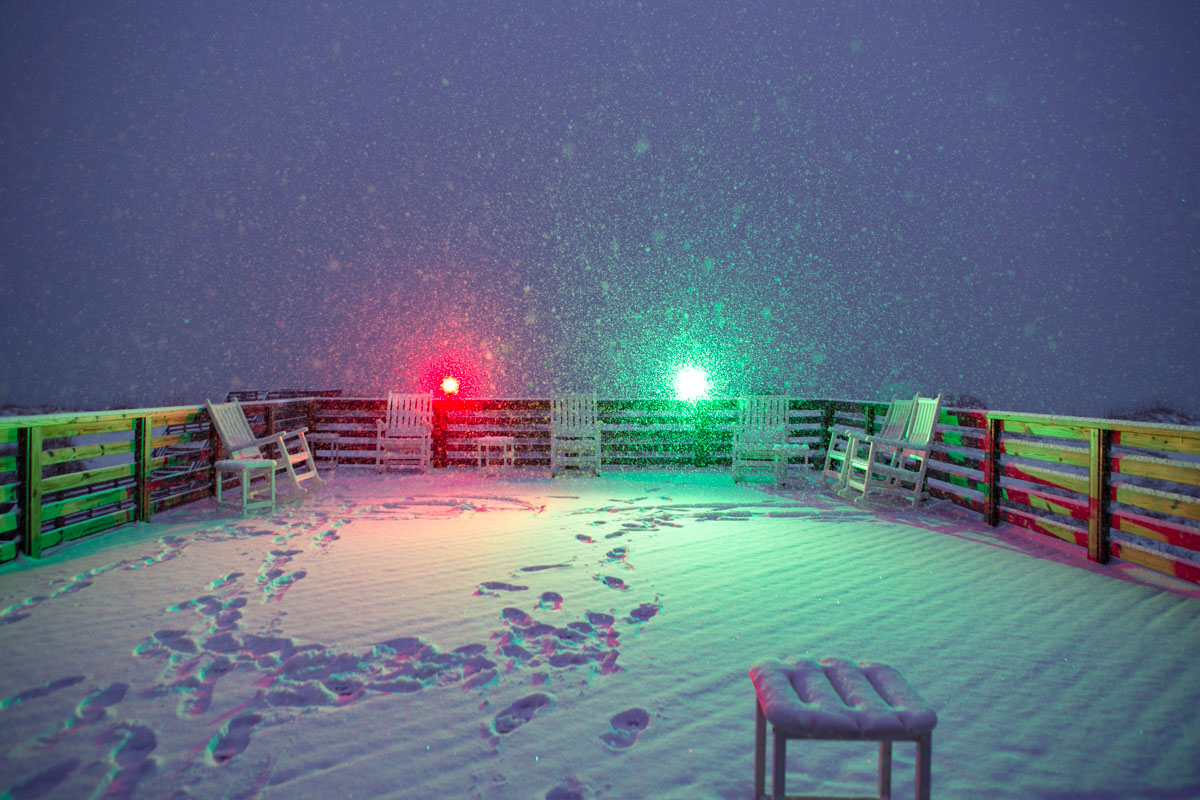 The 3rd flash was my main light, it was placed about 10ft off the ground and about 45 degrees to my left and roughly 10ft from my subject so it wasn’t in my frame. The power was about 1/16 as it had a grid to keep the light funnelled to avoid any spill on either side of the subject. 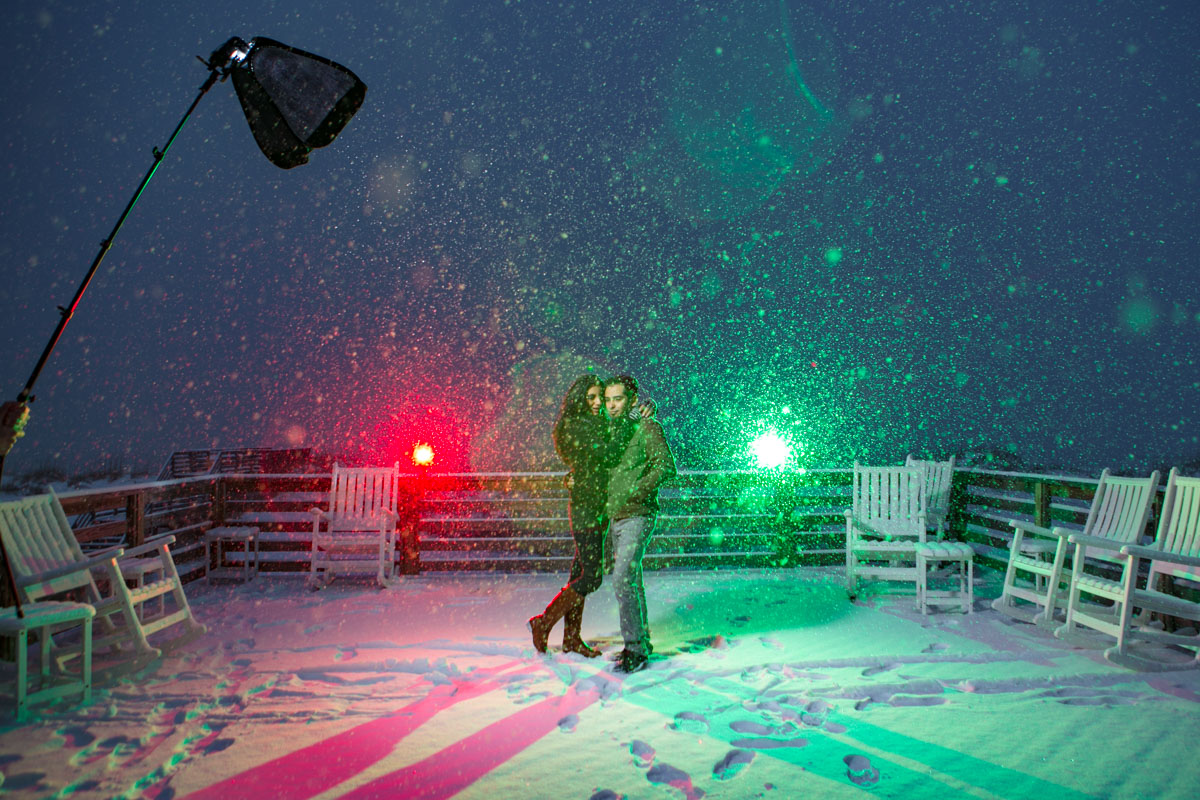 I always like to get my exposure and flash powers dialled in before bringing my subjects into the shot. 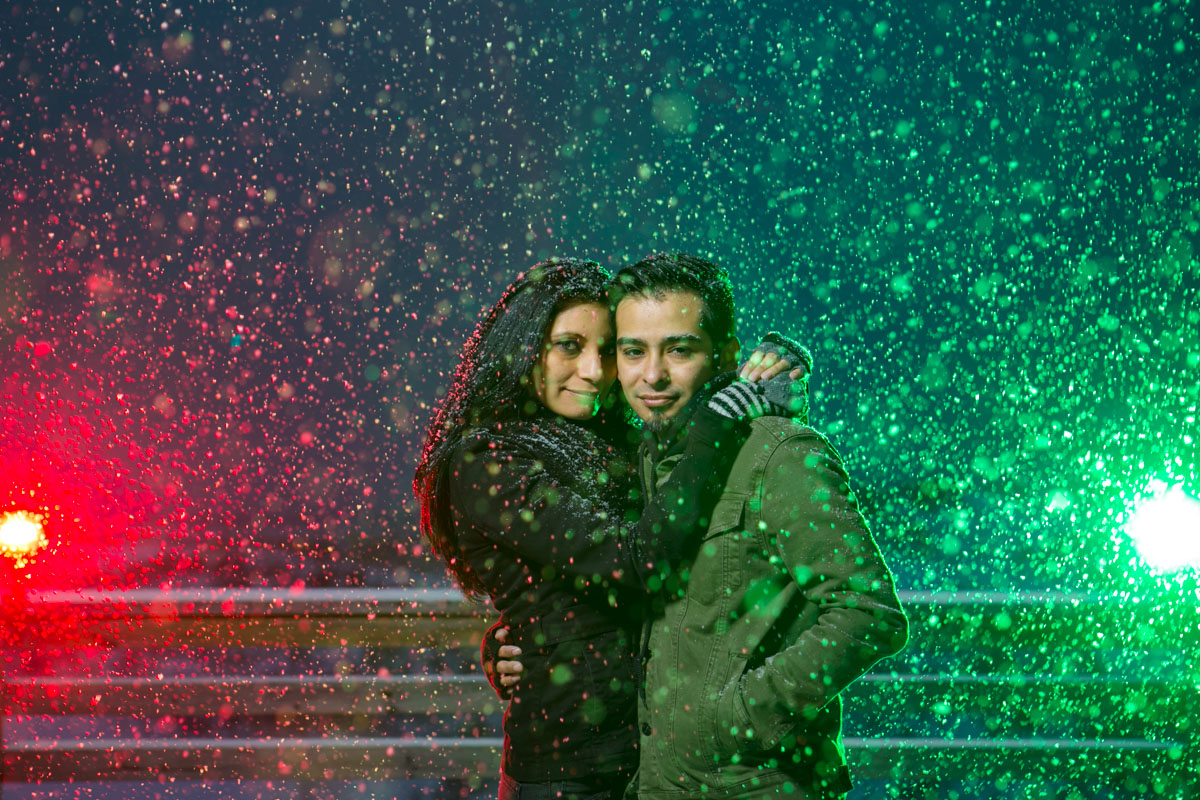 I noticed that the rim flashes were too bright and their position was causing blown highlights halfway up the side of the frame. So I lowered my shooting position and therefore the composition. I had about 10ft between my couple and the rim lights so as I moved down and pointed the camer up the composition got cleaner.

I remember looking on the back of my camera, literally the first frame with Vero & Rafa in the shot and was like “OMG!!!” Basically, I had no idea how this shot was going to turn out. It took 2 mins to set up and even quicker to shoot.

I could have looked outside and thought “oh look at that, it’s snowing”. But I excitedly explained what I was thinking to Vero & Rafa and they were well up for trying the shot. I said you might just get cold, wet and the shots might be terrible, but sometimes you have to go out there full of optimism and pray to the photo gods!

If you are interested you can see the rest of their OBX engagement session.